Street view of 948 Lullwater Road not long after its completion, image from Georgia’s Homes and Notable Georgians. 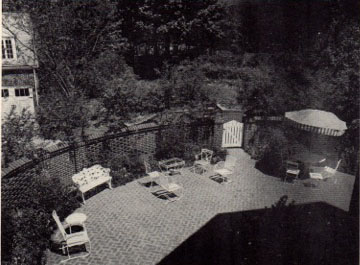 View of the rear patio with carriage house and gardens in the background.

A complete renovation and addition project of 948 Lullwater Road was recently completed, restoring the home to its original splendor. The architectural firm of Ivey and Crook designed the home in 1929 for John Howard Candler, the grandson of Asa Griggs Candler, Sr. of Coca-Cola fame.

Lewis “Buck” Crook was the primary designer for the project, job #221. Crook’s initials are on all of the remaining drawings, and the house seems to have been built as designed.

The house was one of the many homes built for the Candler family in Druid Hills and one of the three Ivey and Crook designs on Lullwater Road. Ivey and Crook was perhaps the most influential firm to work in Druid Hills, designing fifteen residences, over forty buildings on the Emory University campus, Druid Hills High School, and Druid Hills Methodist Church. One of the most prominent commissions was “Lullwater House” that was designed for Walter Turner Candler, John’s uncle, and that now serves as the Emory president’s house.

In 2011, the current owners hired the firm of Norman Davenport Askins to design an addition and renovate areas in the existing house.  The addition can be seen below in Askin’s drawing. 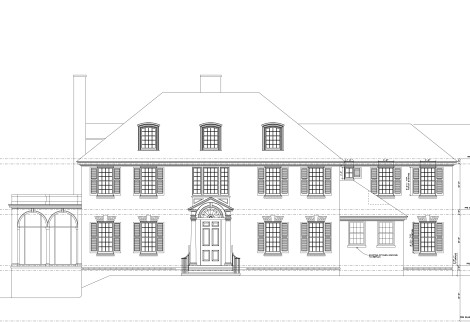 Before the 2013 renovation and addition. 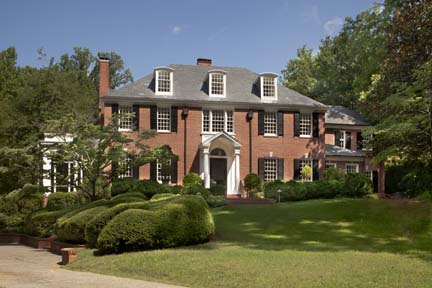 Street view after the 2013 renovation and addition. 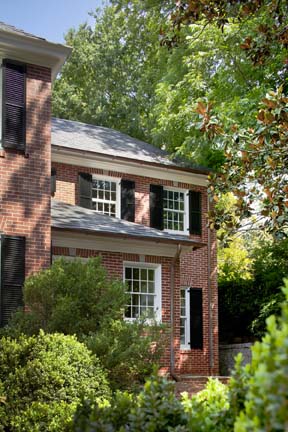 Close up of the addition on the right side of the house.

A close up of the original sunroom.

The brick wall that enclosed the patio had to be rebuilt due to the family room addition, and the brick paving was replaced with bluestone laid in a large running bond pattern.

View of back patio

Building the addition with a full height basement was no small task. A large granite retaining wall was built along the property line, and the corner of the house had to be supported while the basement foundation was built.

A 12 foot trench was dug to make room for the new basement addition. 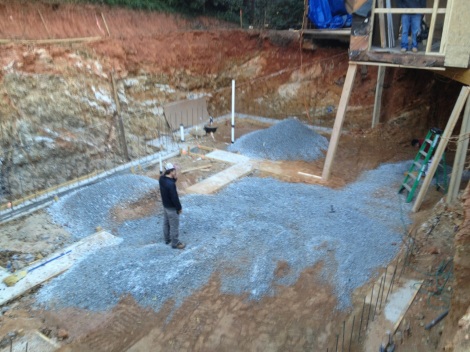 The corner of the house had to be supported while the basement foundation was built.

The landscape restoration project is still underway and should be completed in early fall 2013.